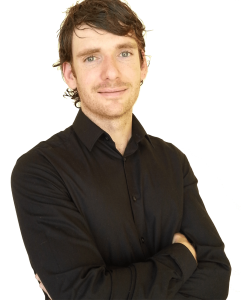 Sit behind your laptop. Tap a few keys on your keyboard. Build a list. Send an email. Make millions. Get your freedom whatever that may be for you. Freedom to go the places you want to go, freedom to buy the things you want to buy, freedom to spend time with your wife/husband and your kids. Or the freedom to do nothing at all, sit on beach and make money with your laptop.

Easy right? Not exactly. Impossible? Definitely not. It can be done but there’s one element that a LOT of would internet marketers and freedom seekers who are constantly pitching you on this amazing lifestyle NEVER TELL YOU.

What is that secret?

ALL of the people who are constantly selling you something, constantly launching, constantly hustling for their own freedom are also doing something that they don’t necessarily talk about and they certainly don’t openly state it leads to their success. But it does. And in most cases – it speeds it up faster than you can imagine.

Is it a piece of software? Is it special subject line? Is it bonus stacking, sales psychology, trip wires, landing page creators, outsourcing, traffic, social media or the latest gadget and gizmo that enables you to make money in your underwear while sipping margaritas by the pool?

Nope, it’s none of that. A lot of what I just mentioned is obviously important but there’s one thing that if you look across all of your mentors all of the people who are doing well and seem to have their own freedom, there’s one thing THEY ALL DO…

They network with people IN PERSON, they get out and meet people IN PERSON and they surround themselves with the RIGHT TYPES of people. And they do this at LIVE EVENTS, MASTERMINDS and SMALL GROUP WORKSHOPS.

And if you’re not getting out there meeting people, making connections, forging partnerships and learning directly from your mentors in an intimate setting than you’re stifling your success at best and completely putting it to a standstill at worst.

Sounds strange right? The secret to succeeding online has nothing to do with being online…

Yes, this post is a tool we are using as a lead in to our private event in Mallorca. The majority of people reading this probably won’t qualify anyways, not because they’re NOT qualified but because they think:

Do you think that way? Honestly, ask yourself the question because if you’re not getting to the level you want to be that (whatever that might be for you) and you’re already doing everything else I mentioned while also continuing to buy each and every new bit of gear, new method and new system being released then don’t you think you should re-evaluate and at the very least consider an alternative method?

For me personally, I travel thousands of miles twice or three times to a year and spend thousands of dollars doing so because I know how powerful live events are.

It’s about the synergistic nature of all of that; don’t think of it in terms of 1+1 =2.

It’s the exponential effect of live events that matters.

Oh and by the way, I was travelling to live events LONG before I could afford them. I was once asked by someone why do I go to so many events and how did I afford it? I simply said, I couldn’t afford not to go. And it’s true – you can’t afford not to go.

The people you surround yourself with not only can but will have a profound effect on your level of success, whether in regard to your business or career, your dreams, and your life goals.

You may or may not know this about me but I’m a believer that if you want to improve yourself you’ve got to surround yourself with the people, resources, and tools that will best serve you. For example, people who have either achieved what you want to achieve, are willing to help you, or want to achieve something similar.

It’s one of the main reasons I’m constantly reading, striving to improve, and going to the best courses, events, and seminars. Its accountability 101 – surround yourself with like-minded people and you can’t help but succeed, right?

Let me illustrate with the help of a story. I want you to vividly imagine each detail of this story so you can actually feel what’s going on. Try and relate it to yourself. For this example, we’ll use Bob.

Bob has made the decision to take action and finally change his business. He sets himself a goal of growing his customer base, generating more revenue, more often, from his clients and taking charge of his business once and for all.

He’s sick and tired of waking up every morning and literally feeling disgusted by his business. He feels awful throughout the day because he doesn’t have the belief to do anything, he wakes up every morning feeling worse than he did when he went to bed, and he dreads each day as it comes. He struggles to do what most would consider easy things: getting up, going to work, marketing consistently, even helping his kids with their homework, or playing with them in the evenings.

All these “simple” things are a constant battle for him, so one morning, he decides he’s had enough and commits to changing. When he gets frustrated, he turns to drink – he feels it’s the only comfort he has, the only solace he can find, but afterwards he inevitably feels even more disgusting and the cycle repeats over and over. He finally decides that he’s going to take action and take control back again.

This is a big step for Bob, but there’s one problem – he’s on an island. Not in the literal sense, but in the sense that all his life he’s been around “yes” people who have become accustomed to the way Bob’s life has unfolded and never really thought about whether or not he wanted to change.

Sure they’d encourage him if he started something new, but when he’d fail he’d be “comforted” by comments like, “its fine,” “Your business is grand the way it is,” and, “Why do you want to change, anyway?” While this was briefly comforting to Bob, it wasn’t actually helping him. It was short-term comfort but would eventually pull him back into the rut he so badly wanted to get out of.

So what’s the point of this story? It’s pretty simple, actually, and something that’s often overlooked. It’s pretty hard to try and achieve something on your own; being on an island is lonely as hell. But the great thing is that there’s absolutely no reason to be on this island.

Take my own goals for the Expect Success Academy – even though I’m a pretty darn ambitious person and have more than enough drive to achieve my goals – it’s going to be hard as hell to try and achieve them on my own.

By going to the seminars, courses, and mastermind events, having a coach, and reading books, I’m surrounding myself with three kinds of people:

These people are not too far from you: friends, family members, a coach, a mentor. Beyond this you could look at online communities and support groups – you’d be amazed how many like-minded people you’ll find if you open up and look for them.

Beyond that you can find your inspiration in books, articles, and blogs. Everything helps. They’re called “force multipliers.” 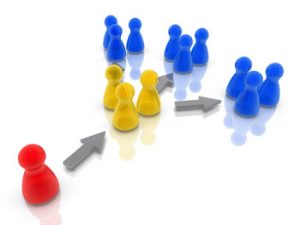 The biggest “force multiplier” of all is LIVE EVENTS.

You’re attacking your goals from all angles, not just one – you have multiple poles in the water, so to speak. Now given this, let’s revisit Bob’s story.

It’s the exact same scenario, but this time he’s surrounded himself with these kinds of people.

Bob creates an environment that will enable him and he decides on his support structure. He enlists the help of a coach and attends a live event of a small group of serous, ambitious, like-minded marketers.

The event is designed to help him achieve his goal. At the event he gets introduced to people who have achieved his goal already and provides him with a community framework that puts him in contact with others that are looking to achieve the same type of goal he is. Now, does he have a better or worse chance of succeeding?

Our event in Mallorca is going to be the turning point you need and the force multiplier you need to break through the cycle of crap you’re going through. I highly recommend you at least apply to come.

Our application process isn’t stringent, we just want to make sure the people who attend will be willing, able to both help themselves and help each other.

Thank You For Visiting Our Blog

Please log in again. The login page will open in a new tab. After logging in you can close it and return to this page.

x
We use cookies to ensure that we give you the best experience on our website. If you continue to use this site we will assume that you are happy with it. OkRead more